Autonomous vehicles have been discussed in theory for a very long time. Before they can become a widespread reality, we need to demonstrate how they work on a small scale.

To help move the UK towards the future of the road, we’re running a self-driving shuttle service at Harwell Science and Innovation Campus.

If your organisation would like to make use of self-driving shuttles, we can help with vehicle acquisition and every stage of setup. Get in touch to learn about the services we offer.

About the Darwin Autonomous Shuttle

The Darwin Autonomous Shuttle uses LiDAR sensors, cameras, odometry sensors and a GNSS antenna to position itself and monitor its environment. It drives itself without active human involvement and will stop automatically if it detects an obstacle, without requiring the ‘thinking time’ of human drivers. There’s also a safety operator on board to keep an eye on things.

The shuttle remains connected to the internet at all times using Darwin’s software, which allows it to switch seamlessly between satellite and mobile networks.

The shuttle is insured by Aviva. Darwin’s data science team is collecting and analysing real-time data about the shuttle’s operation, and is sharing this information with Aviva in order to help develop a comprehensive insurance package for autonomous vehicles.

About the autonomous shuttle service

The autonomous shuttle service operates at Harwell Science Campus during weekdays, from 9am to 3pm. It travels two routes, one along Fermi Avenue and one along Eighth Street, with the ESA building being the central stop for both routes. You can track the current position of the shuttle here.

You can ride the shuttle if you’re a Harwell Science and Innovation Campus pass-holder, or if you’re registered as a pass-holder’s guest for the day.

The shuttle service owes its existence to many organisations in addition to Darwin. In particular, we’d like to thank Navya, ESA, UKSA, Harwell Science and Innovation Campus, STFC, AWS, Virgin Media O2, Hispasat and Aviva.

We have a PDF with more information about the service’s goals and the safety measures in place.

How can autonomous shuttles benefit my organisation?

Self-driving cars are a new and exciting technology. After decades of speculation, we’re finally starting to see autonomous vehicles in action.

At the moment, very few organisations are operating autonomous vehicles. This means that, in addition to the practical benefits of transportation, you could attract press and public interest by using autonomous shuttles to transport passengers around, for example, your airport or university campus. You can design the shuttle’s colour scheme and branding to fit your organisation.

If you’d like to know more about the shuttle and how your organisation can benefit from our experience with autonomous vehicles, we have a page with more details on the Darwin Autonomous Shuttle.

If you’re planning to make use of autonomous vehicles and you’d like our help, get in touch and tell us a little about your project.

We’ve published a children’s book inspired by the shuttle! Darwin the Shuttle Runs Away, written by Harriet Evans and illustrated by Alison Evans, is a picture book in which the shuttle has an adventure in Oxford. You can buy it now on Amazon. 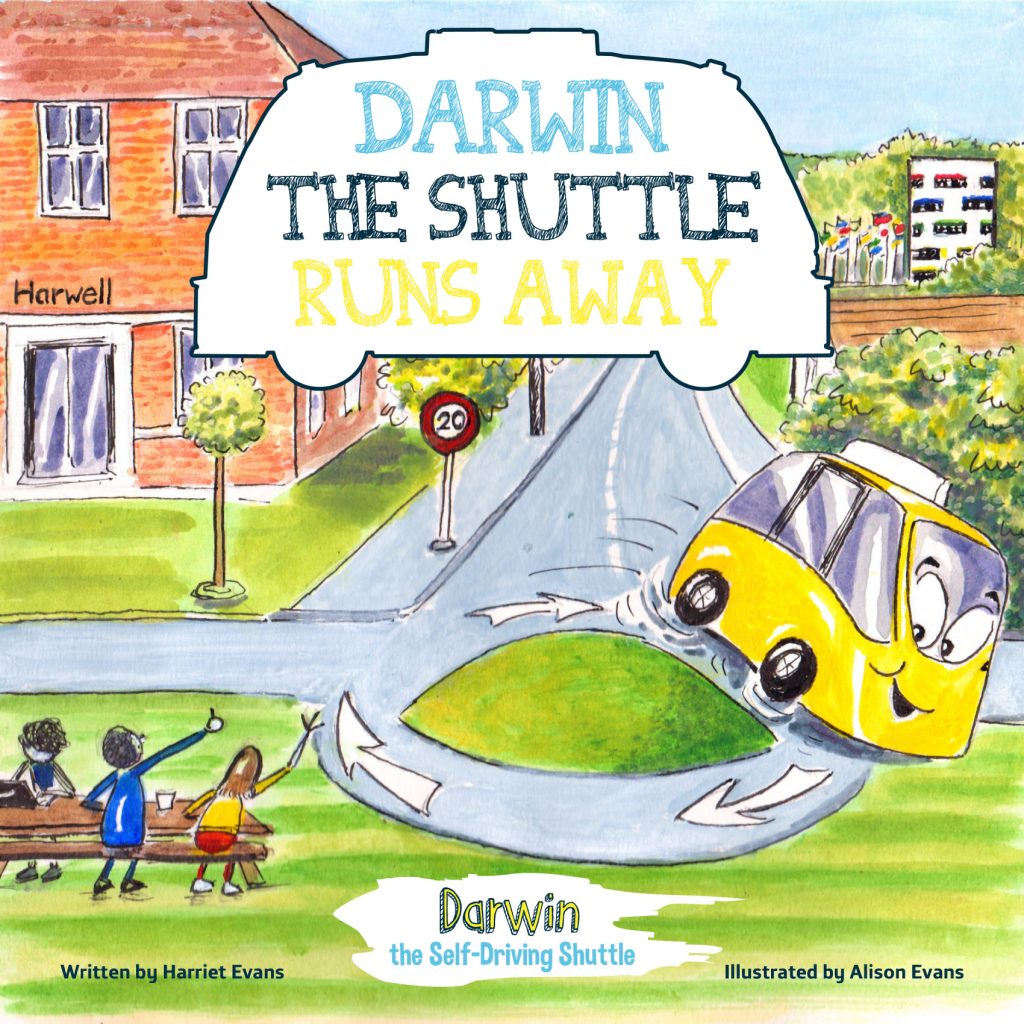 More on the shuttle

For more information about the Darwin Autonomous Shuttle and CAVs in general, follow these links.