How far can you go in an electric car? Although electricity is cleaner than petrol power, some drivers are still skittish about buying an electric vehicle because they’re concerned about how the battery will handle long distances.

At Darwin, we decided to demonstrate that EVs are a viable choice for a long journey. To get to COP26, our co-founder Daniela Petrovic and our chief drone pilot David Owens drove from Oxfordshire to Glasgow in an electric car.

The car itself was David’s Tesla Model 3, which he named after Westworld’s self-aware AI character Dolores. Tesla owners often name their cars, David explains, as Tesla’s driver assist features can make the car feel more like a person than like a machine. 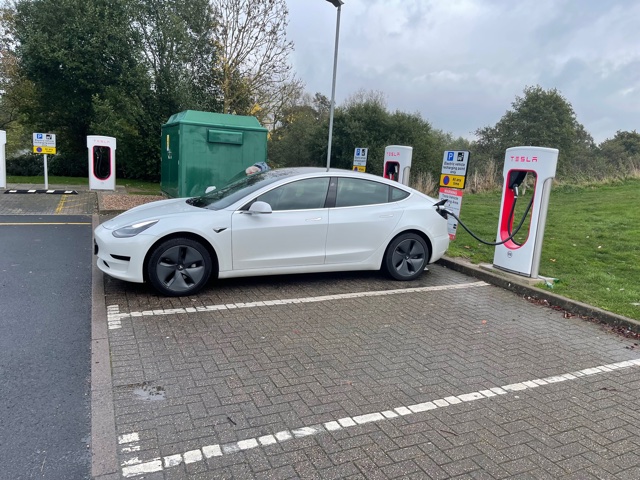 The journey was about 400 miles and took six or seven hours in total.

Both David and Daniela had positive things to say about the driver assist features. Daniela, as a passenger, felt that these features made for a smoother ride, and David was enthusiastic about the experience of driving: ‘I had my hands on the wheel, but it was accelerating, braking and steering as it needed to. Driving it is quite a refreshing experience. When I get it wrong, the driver assist system is there for me, and when it gets it wrong, I’m there for it, and together we’re better than either one of us on our own.’

The car had a 200-mile range on a full charge, so, in theory, they could have made the journey with only one recharging stop in the middle. David preferred not to let the battery drop below 20%, so they stopped twice, travelling about 150 miles between charges.

David and Daniela both felt taking a long journey in an electric vehicle was quite a pleasant way to travel, as it enforced occasional stops. No matter how much you enjoy driving, you probably don’t want to be in a car for hours on end. Every couple of hours, they had an excuse to pause, stretch their legs and enjoy coffee, cake and a chat. 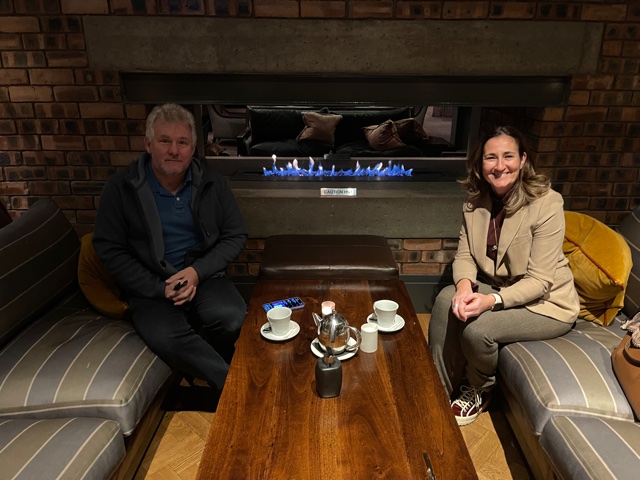 The car only took ten or fifteen minutes to charge from 30% to 80% at a Tesla Supercharger station, so they’d be charged up and ready to go by the time they’d finished their coffee. They didn’t have trouble finding Supercharger stations when they needed one; according to David, they passed three times as many as they needed.

Of course, comfort isn’t the only reason it’s important to take occasional driving breaks. Driving while tired can be dangerous, so Rule 91 of the Highway Code recommends taking a break of at least 15 minutes after every two hours of driving. If you follow this advice, you’ll have regular charging stops built into any long journey in an electric car.

In other words, even if you’re driving a petrol-powered car, you should stop a couple of times in a six-hour journey. Because of that, the occasional need to stop and charge an electric car isn’t really a disadvantage.

David and Daniela’s experience was with a Tesla, of course, so they were able to use the Tesla Supercharger network. If you’re driving a different type of electric vehicle, you may need to take longer charging breaks to top up. However, Tesla launched a non-Tesla Supercharger pilot scheme in the Netherlands in early November, so we may see Supercharger stations open to other EVs before long.

In the meantime, David and Daniela have demonstrated that it’s absolutely possible to travel long distances comfortably in an electric vehicle. They’re looking forward to the next road trip! 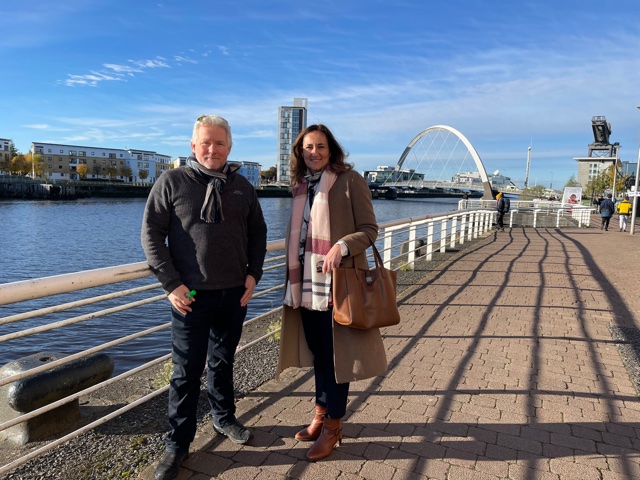